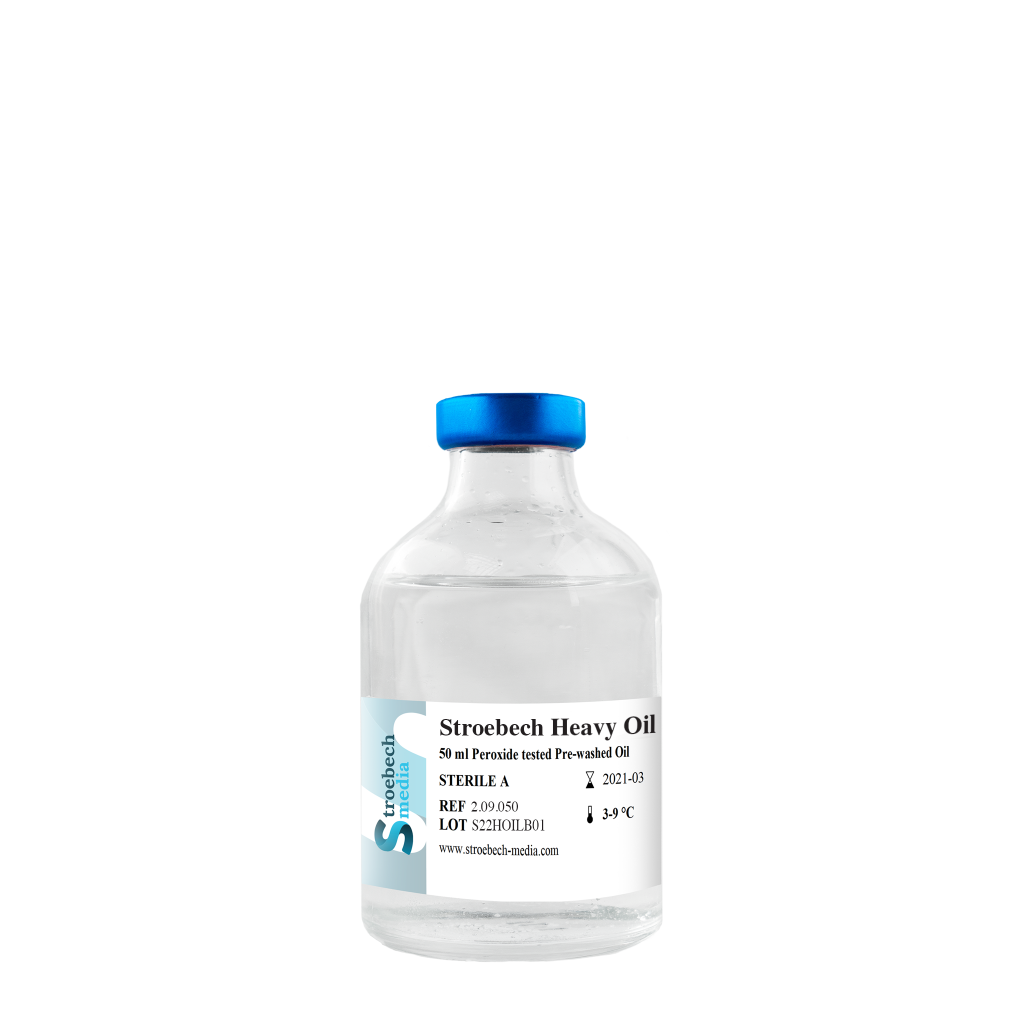 Back to IVF Media Products

Description and Prod. No.

*) Liquid paraffin oil is a mineral oil and is a by-product of crude oil distillation.

Advantages: easier to handle, droplets are maintained better, and oil doesn’t spill over as easy.

Temperature, pH is better maintained and increased media osmolarity is avoided both during handling and during culture. This has a positive impact on blastocyst rate formation – especially for the longer culture periods required in some species.

The unit of viscosity is newton-second per square metre, which is usually expressed as pascal-second in SI units, cP.

*) The peroxide value (POV) is defined as the reactive oxygen contents expressed in terms of milliequivalents (meq) of free iodine per kilogramme of fat. It is determined by titrating iodine liberated from potassium iodide with sodium thiosulphate solution. Oils with POV well below 10 meq/kg are considered fresh – The limit for our oil is <0.1meq/kg

We offer individual training and support as well as courses within our media and protocols, and extensive distributor training.